What Management Skills Could Have Averted JP Morgan’s $3 Billion Loss?

Are unforeseen events manageable or not?  A story by Jessica Silver-Greenberg and Nelson Schwartz recently featured in The New York Times attributes the multibillion-dollar losses at JPMorgan Chase to conflict among employees in the chief investment office.  According to the story, senior banker Ina Drew, who is being blamed for the losses, was often missing in action  in 2010 due to contracting Lyme disease.  As a result of her absence, her unit fell into disarray with ongoing personality conflicts rather than performing at optimum levels.  What happened? 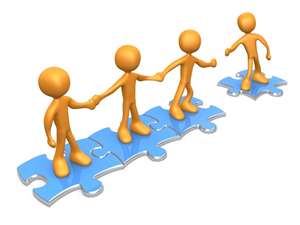 It seems like a number of factors were at play in this situation.  The skilled Ms. Drew, who successfully navigated the bank through the difficult waters of the 2008 financial crisis, was gone frequently during the time the riskier trades were taking place and, it appears, nobody was supervising her team.  Or if there was supervision, it seems to have failed.  Within the team, the story reveals that there were long standing “internal divisions and clashing egos” that bubbled up to the surface and spun out of control.  The results were “shouting matches” during the regular conference calls between the New York and London offices.  When Ms.  Drew was present she would supervise the conference calls, providing a deterrent to inappropriate behavior.  These reports were given by current and former traders.  It is remarkable how adults in the workplace can wind up acting like children when there is nobody looking over their shoulder.  Perhaps Ms. Drew felt her team would hold themselves accountable in her absence and perform as expected.

The featured story shows a significant breakdown in self-management on the part of the traders in this unit.  Regardless of whether Ms. Drew was there to supervise the conference calls or not, regular screaming matches should have been a clue to those doing the screaming that they were out of control.  This type of behavior is a clear indicator of some challenges with impulse control.

Self-management is as critical a competency in any organization as leadership.  Neither of these competencies seemed to be effectively in use in this circumstance. 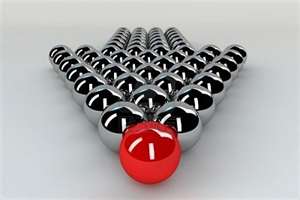 Granted, stress can play a significant role in people losing control of their emotions and behavior.  People who have difficulty with impulse control have a low tolerance for frustration.  They tend to make poor decisions when under pressure and can spend money unwisely, both personally and in business.  Most of us know it can be frustrating dealing with different styles of people.  Part of the skill of effective self-management is learning how to recognize behavior styles and find ways to interface with those styles collaboratively to elevate productivity.  Perhaps these traders were all Driving styles and were just pushing for results.  In the past, Ms. Drew would force traders to defend their positions and address the risks they might encounter.  Were these traders empowered to make these decisions on their own too soon or did Ms. Drew believe they had learned from previous accountability sessions and could be trusted to operate without her challenging them regularly?  Hindsight being 20/20, there were clearly some opportunities for ongoing development on this team.

This story outlines the many human behavior dynamics that can cost a company on a significant level.  In a previous blog we wrote about the high cost of tension and drama.  These traders had the technical proficiency warranted for their positions.  The breakdown in this instance was in interpersonal and leadership skills. We are not all born knowing how to effectively lead or manage ourselves, especially in times of uncertainty and high stress. If this breakdown in behavioral intelligence costs JP Morgan Chase as much as $3 billion dollars in losses, what are the breakdowns in your organization costing?  Effective behavioral intelligence can be even more critical to the success of an organization than good technical skills.  A healthy blend of both is a great recipe for transformational success.

To learn more about how we can assist your team or organization to accelerate your success, please contact us at www.suekenfield.com.