How to Shut Down Bullying

Leaders set the tone for their team and their organization. Leaders also teach their team members how 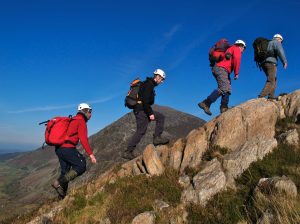 to treat them and how to treat one another, what is acceptable and what is not. That requires a clear vision and assertiveness. The human dynamic can be messy and intimidating. Many leaders are not  comfortable wading in when things go south, either because of low confidence or low competence. Many leaders fear they will make the situation worst, so they ignored drama and dysfunction in hopes that it will go away. What goes away are your good people since nobody is stepping up to take care of dysfunctional dynamics.

I noticed a recent example of strong leadership and effective emotional intelligence while ,watching the latest episode of Deadliest Catch. When crab boat captain Sean Dwyer noticed a silo starting to form in his crew and blatant bullying behavior of an older crew member, he demonstrated decisive leadership, taking the lead and asserting himself to squelch the inappropriate behavior. When a leader allows this type of inappropriate behavior to continue, it quickly becomes toxic for a team and an organization. It is especially bad for small teams such as a five man crew on an Alaskan crab boat.

As Captain Dwyer took on the leadership opportunity in the video link below, he established clear boundaries with his crew and communicated his expectations, without singling anyone out, or attacking any one crew member. While there may have been an instigator, all the members of the crew participated. His leadership was firm, timely, specific and clear. As a young captain, Sean has established himself as a strong leader, doing what is in the best interest of his business and his crew while not allowing friendships with some of his crew to blur the line between his authority and those friendships.

How does strong leadership make a difference?

Sean’s leadership gave the crew members like Zack Larson a chance to reflect on their behavior.  Zack was primarily the instigator of the inappropriate behavior, continually  verbalizing his displeasure and physically making fun of an older crew member. To Zack’s credit, he demonstrated some important aspects of shifting low emotional intelligence with low impulse control and a lack of self-awareness and self-management to effective emotional intelligence. He engaged his self-awareness, realizing how disruptive his behavior was, owned it and made amends to his boss.

Zack set the example for his team, even though he was largely the instigator and driver of the ongoing inappropriate behavior towards a fellow crew member. He stepped up, acknowledged his actions were wrong, took responsibility and made things right with his boss and his team member. These are important EQ competencies of self-management, problem-solving, and interpersonal relationships. It also takes courage to admit when you are wrong or have acted inappropriately and to apologize to the person impacted. I suspect this learning opportunity for Zack will be a driver of better behavior, more emotional maturity and leadership for his team members in the future.

Use this powerful combination to achieve strong leadership

Leadership and emotional intelligence go hand. Captain Dwyer demonstrated good decision making, not allowing his emotions to get the better of him as he addressed the situation. He also exhibited good assertiveness and problem solving by taking the lead and solving a problem before it became a bigger issue. Each of his crew members is clear that the Captain will not tolerate the bullying of another crew member and he now has an ally in Zack to make sure that does not happen either. Your team members need strong leadership. Effective decision making, assertiveness, problem-solving and clear expectations are great places to start. What opportunities or experiences do you have to demonstrate strong leadership and effective emotional intelligence?   I would love to hear about your experiences. Contact Us

Sue Kenfield specializes in transforming complex human dynamics within organizations, communities and with individuals. We empower people and organizations to maximize their success by improving leadership, communication, and emotional/behavioral intelligence skills. We elevate performance, minimize turnover and improve the bottom line through our behavioral intelligence consulting, leadership and team development, conflict management, and executive coaching programs. Sue Kenfield is also available as a speaker on the topics listed above. Contact us to learn more.

← Are You Successfully Navigating Interpersonal Rabbit Holes? Four Common Ways You May Be Sabotaging Your Success →