Recently, I was asked to give a talk on accountability and an associate’s initial reaction was, “why would anyone come to a talk about that?” His reaction, though not atypical, made me smile and think. Has accountability become a foreign concept? What does it mean to be accountable? How is this competency impacting your leadership or your performance efforts?  It is an important topic given its impact on success.

Why do people tend to shy away from accountability? My thought is that it sounds a lot like blame. Let’s define accountability according to Merriam Webster:  “an obligation or willingness to accept responsibility or to account for one’s actions.” As a leader it also means to hold oneself and others accountable for high-quality results that are measurable, timely, and cost-effective. 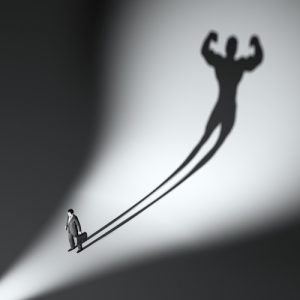 accountability. It is almost as though accountability has become a four letter word.  Many leaders see it as conflict or confrontation and would rather do anything else. Allowing others to hide or point fingers when responsibilities are not met will tear apart a team. It takes strong leadership to shift that experience to one of appropriate accountability.

Doing the Hard Work of Leadership: A few years ago high school football coach, Matt Labrum, became concerned about the off the field behavior of his players. There were reports of them skipping class, showing up late for school and even some reports of cyberbullying. Matt was concerned about the direction in which these young men were going and he had a difficult decision to make. One Friday night after a loss, he told the team he was not happy about the behavior of some of the players. He suspended all of the players and told them if they were interested in earning their way back onto the team they would need to attend a meeting at 7am the next day to learn more.  At that meeting, Coach Labrum established expectations to which each player would be held to account. Those expectations included performing community service, attending study hall, and classes on character development. The results were impressive and despite some initial resistance, parents even got on board. Read more here.

In nearly every role, the process of accountability impacts performance. As a leader, you must get productive results from the people you are managing and for the organizations you represent. In most industries whether in construction, manufacturing, sales, or even team sports, each “player” is responsible for accomplishing a given set of tasks. When those tasks are not accomplished, it impacts the performance of someone else. To address it, someone needs to be held accountable. The task of a good leader or coach is to work through the accountability process in an effective and productive way to encourage self-accountability. It is also a competency leader

What did it take for Coach Labrum to hold his team accountable? It took courage, grit, and assertiveness. It also took a commitment to his team, each of his players, and to his organization. It is the same case for every leader. It takes strength to do the right thing for the betterment of your employees, your players and the performance of your organization. Without it, your performance, that of your team and your organization will suffer. What can you do today to get better at accountability? Contact us if you would like some support in strengthening this important competency.

What Can Set You Apart as a Leader?
Tagged on: Accountability    courage    grit    leadership    strength