On The Road to Success Which Path Are You Choosing?

In the last few weeks I became aware of the story of Brian Banks. Ten years ago, he was a senior in high school, a star athlete, who had just received a scholarship to attend college and play football for USC.  He was 17 years old, and was also being accused of kidnap and rape by a female classmate, someone he had known for many years. Brian denied any wrong doing. Yet, as a 17 year old who felt he had no other options, he followed the advice of his attorney at the time, to plead no contest to the charges that he kidnapped and raped someone.

The only trouble was that Brian had not committed those crimes. Nonetheless, he spent 5 years in prison and 5 years on probation for crimes he did not commit. During his probation, Brian received a Facebook friend request from his accuser. He was able to meet with her and get her admission on tape that she had lied about the charges. He has since been exonerated.

Many people would have been incensed by this admission and the consequences of being falsely accused. That experience alone could derail anyone’s success in life. What Brian Banks has done is focus on recapturing his dream to play professional football. He has stated that, “No matter what happens, it doesn’t define me.” After 10 years away from the game, he was recently signed by the Atlanta Falcons to their training camp roster.

What does Brian’s story have to do with success? One characteristic I notice in successful people and teams is resilience. Merriam-Webster defines resilience as “an ability to recover from or adjust easily to misfortune or change.” Many of my readers and clients have experienced some set back or change in their lives. It is what they do with that experience that makes the difference.

The news program 60 Minutes recently featured a story about Jack Dorsey, the creator of Twitter. Jack had a speech impediment as a kid. Consequently, he spent a lot of time alone, playing with computers and teaching himself how to write software. As an adult, Jack acknowledged he was not great at communicating. His style is more reserved and shy than others. Jack tends to be more of a loner, he likes to think and therefore, he is silent a lot. This seemed to be unsettling for people and it hindered his communication. Subsequently, it led to him being forced out of Twitter, a company that he created; much like Steve Jobs was forced out of Apple. When new management came in, Jack was asked to 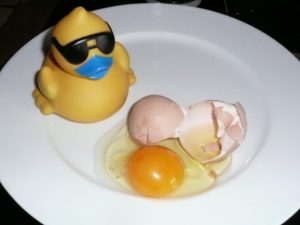 come back. Through it all, he showed a great deal of resilience. He could have stayed bitter and angry after being forced out of Twitter. Instead, he bounced back and created another company called Square, an amazingly successful credit card swiping service for smart phones that is used by millions of small businesses.

What Brian and Jack have in common is a viewpoint about success that includes resilience, the ability to choose something better. Both of them were able to overcome significant events in their lives that could have derailed their success. Working hard and working smart are both necessary to be successful. Resilience is what allows you to continue in the face of obstacles and adversity and it involves making a choice. One of the most powerful tools you can use on your road to success is your power to choose. Brian and Jack were able to use several emotional-social intelligence competencies to rebound from misfortune and deal with change. They were both angry and upset about the circumstances at the time and both of them chose to move beyond negative emotions. The competencies of flexibility, optimism and problem solving are important skills in successful stress management and decision making. Resiliency is also supported by impulse control and reality testing. The improved use of these emotional-social intelligence competencies helps us to more effectively deal with adverse circumstances when they are part of an approach to success. Some may argue that they are the most important part of success. 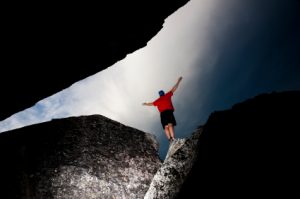 In my work with leaders, teams and individual contributors, I find that it is the individual’s resiliency that allows successful performance to transpire. They are some of the most gratifying experiences in which I get to participate. Each of us has this ability. I do not know of one individual, team or leader who has not or will not experience some change or obstacle. I do see people choosing to rise above those circumstances and prevail, or not. What can you do to empower resilience in yourself or your team? When you cultivate your power to choose resilience as a natural part of your path to success, your success is virtually assured. Here’s to your success!

Please contact us to learn more about how we can help you and your team cultivate more resilience.

← Oh, Those Darn Impulses! How Do We Control Them? How to Keep Your Cool When Others Are Losing Theirs →