How to Keep Your Cool When Others Are Losing Theirs

Given all of the hand waving we see going on recently, it seemed like a good time to republish an article I wrote a few years ago before the holidays. I would love to hear your thoughts.

and looked at me and shrugged as she said, “Yeah, well I just got yelled at by somebody.”  I nodded at her and said,” Yes, I noticed and that was about her, not you.”  I could see the flight attendant as she looked away, focused on maintaining her composure.  I could feel the emotion rising up in her, not of anger but of pain.  The pain and frustration of being on the receiving end of someone’s tirade while struggling to understand what had happened.  She struggled to come up with some words and I said again, “You are doing a good job.”   She nodded her appreciation and quietly said, “Sometimes, it’s just never enough.”   And then she thanked me.

Later, I walked back to the galley in the back of the plane to throw way a glass. She was talking with the other flight attendants and they asked me, “So, you saw the ‘other airline’ attendant getting upset?” Taken aback I asked, “You mean that was another flight attendant from a different airline responding to you that way?” They confirmed that it was a flight attendant from a competitive airline.  I shared with them that it surprised me that she demonstrated so little empathy, being a flight attendant herself.   The attendant who was on the receiving end of the tirade placed her hand on her chest and shook her head said, saying, “I don’t know what set her off.  It is hard not to take it personally.”  It appears she was distracted by this incident for the remainder of the flight and possibly beyond.  Was she able to be fully present for her job as a result of this distraction?  How do distractions impact your performance?

Self-management is an essential skill in interacting effectively and productively with others.   It is your ability to appropriately moderate your verbal and non-verbal behavior and responses to people and circumstances. The in-service flight attendant did the right thing, maintaining her composure while a passenger went on a verbal attack.  It can be a challenging thing to do, especially with those with whom you live and work.  In a personal outburst, you allow yourself to be hijacked by your emotions and the impact can be very negative.  Unfortunately, even though you may try to walk things back, the damage is already done.  People become wary of someone who is unable to manage their emotions and it erodes away trust in a leader and between team members.   It certainly impacts the ability to work productively and effectively with someone who has self-management challenges.  How you manage being on the receiving end of an outburst can also impact your performance.

We are currently seeing a variety of examples in the news of the lack of self-management.  The Miami Dolphins have a national story on their 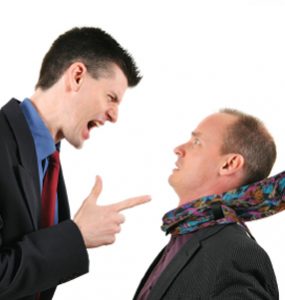 hands with two players who were involved in what is being portrayed as bullying.  We also see video clips of the embattled Mayor of Toronto, Rob Ford, engaged in various antics clearly demonstrating his challenges with self-management.  The impact in both of these examples is significant, to the brand, the others on the “team” and to the individuals.   And yet, in those examples, not one of those individuals were derailed because of their technical skills in performing their job.  Self-management is a critical competency anytime you interact with or lead others.   It is also an essential skill in dealing with customers.  It involves components such as your levels of self-regard, self-awareness, and stress management, just to name a few.  This single competency can have an enormous impact on your success in the work place and beyond.  As human beings, we can be very simple yet very complex.  I have worked with and studied the human dynamic and have come to learn what a powerful force it is as a driver of success in an organization or an individual and how it can also be a deterrent to that success.  Having had my own challenges, I come by this work honestly!

Some quick tips for better self-management: 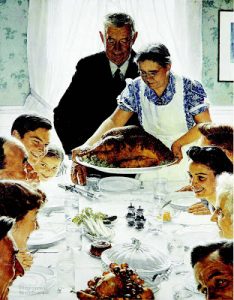 Many of you will have the opportunity to practice your self-management skills as you gather with friends and family next week for Thanksgiving ( or the Super Bowl).  The stress of the holidays (and competing football interests plus alcohol) can make it even more challenging to manage yourself with those who push your buttons. Put these tips into practice to support you in getting more of the positive results you desire at work and at home.

Sue Kenfield specializes in transforming dysfunctional human dynamics within organizations, teams and with individuals.  We empower people and organizations to maximize their success by improving communication, and interpersonal skills which increases performance, minimizes turnover and improves the bottom line through our leadership and team development, conflict management, and executive coaching programs. Contact us to learn more.

← On The Road to Success Which Path Are You Choosing? An Attitude of Gratitude →