How Is Your Organization Rewarding Behavior At Work? 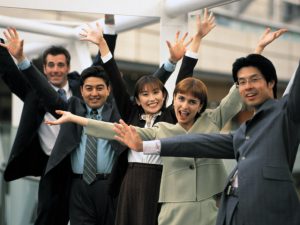 a recent interview with General James Mattis, he shared what he learned as a leader in the military. He highlighted the importance of trust, calling it the “coin of the realm” in leadership.  And Mattis also spoke about promoting those who demonstrate the behaviors that an organization needs to be successful. One particular quote caught my attention, “Any organization gets the behavior that it rewards”, according to General Mattis. It immediately made me think about many of the behavior challenges with which organizations are dealing and the importance of rewarding effective behavior at work.

What are the rewards for effective behavior?

The above quote is true of any organization and any relationship; just think of all those parenting techniques you have tried. The psychologist BF Skinner introduced the idea of reinforcement in the late 1940s as a way to influence behavior change. General Mattis spoke about rewards in the way most people view them as reinforcements or “attaboys”, awards, gifts, trips, or promotions. Reinforcements are one way for organizations to reward people, therefore, they work for people who are motivated by them. And those people may also like the acknowledgment that comes with reinforcements. How does your organization reward behavior?

How else are behaviors being rewarded?

Organizations also reward behaviors through silence, passivity, ignoring or excusing inappropriate behavior, or recruiting the disruptive “producer.” You may ask, “How are these rewards?” Because the practice of any one of those approaches teaches people what they can get away with.  A well known professional sports team recently had the experience of having to deal with consequences of recruiting, thus rewarding, a disruptive player. Their initial decision wound up teaching him that performance trumps behavior. The warning signs were there but they proceeded to sign, and play this individual. They didn’t have to wait very long after he joined the team to experience the impact of rewarding bad behavior. Consequently, he no longer plays for that team.

The perils of ignoring disruptive behavior

Behaviors set the tone for, or become, the predominate culture of an organization. Organizations and leaders struggle to deal with behaviors that are not conducive to effective teams, leadership, or healthy cultures. Those behaviors can look like ineffective communication, outbursts, silo building, rudeness, and disrespect, to name a few. Too often these behaviors are ignored because it is uncomfortable to address them. In some cases, the idea of losing a technically proficient team member leads organizations to bend over backward to avoid dealing with disruptive behavior or to make excuses for it. And the behavior becomes more problematic as disruptive behavior drives down respect and collaboration among direct reports and peers. As a result, the disruptive behavior becomes tiresome when nobody effectively intervenes and productivity suffers as does team engagement. Consequently, the organization will likely lose valued and productive team members because nobody is addressing the dysfunction.

What can you do to get better?

People are complex and they need clear, assertive leadership and direction. And people also need direct feedback, support, and encouragement to demonstrate effective behavior at work. Give people the chance to improve and set some measurable behavior standards for them to meet. Accountability is also an important part of the process. Part of a leader’s role is to help his or her team with professional development, as a group, and as individuals. If you as a leader do not have the time or expertise, bring in someone who does. If your team members are not interested in participating in that development you may need to reconsider if they are the best choice for additional roles and responsibilities and the culture you want to create. Carefully consider what behaviors you want to set the tone for your culture and how you are rewarding effective behavior at work.

Sue Kenfield specializes in increasing productivity and success within organizations and individuals to increase effective behaviors at work and to help course correct when behaviors become disruptive. Contact us to learn more.